Enjoy local, natural food from the mountains and the sea in the San'in region, including crab—the king of winter foods.
Our complex, sophisticated flavors make each of our dishes extraordinary.

Misasa is a region rich in nature and blessed with a bounty of foods from the sea and mountains. We prepare every dish with extreme care, using only the finest seasonal ingredients. Enjoy a spread of our colorful dishes. In autumn and winter, we serve special cuisine made with fresh crab. 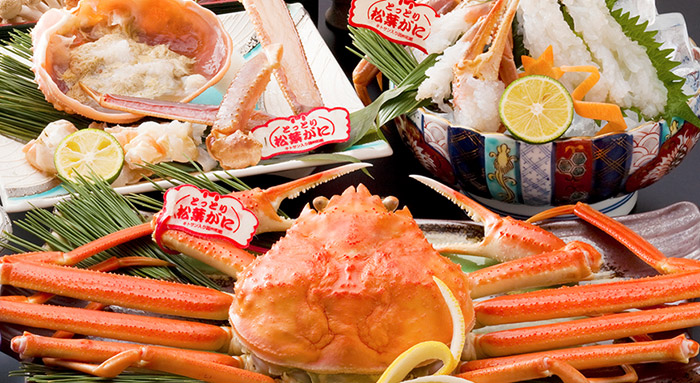 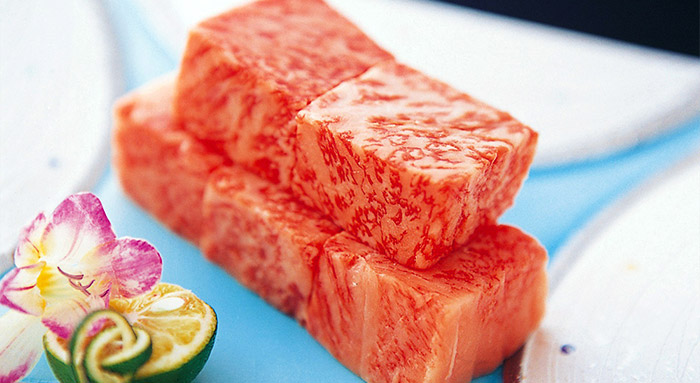 Tottori Prefecture has always been known for its beef among people in the know. Less Tottori beef is produced than famous brands like Matsusaka beef and Kobe beef, so Tottori beef is highly valued on the market. Tottori beef is divided into 15 ranks, and the highest rank, A5, is a rare delicacy. It’s limited in quantity, so enjoy it while you can! 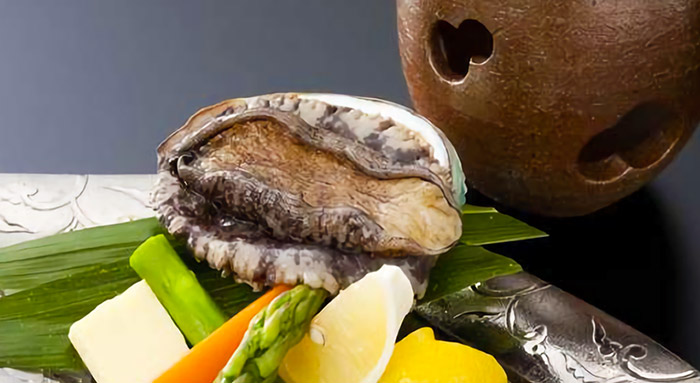 Abalone is considered to be the most delicious of all shellfish. Abalone sashimi has a delightfully firm, almost crunchy texture, and each way of cooking abalone offers a different flavor and mouthfeel. 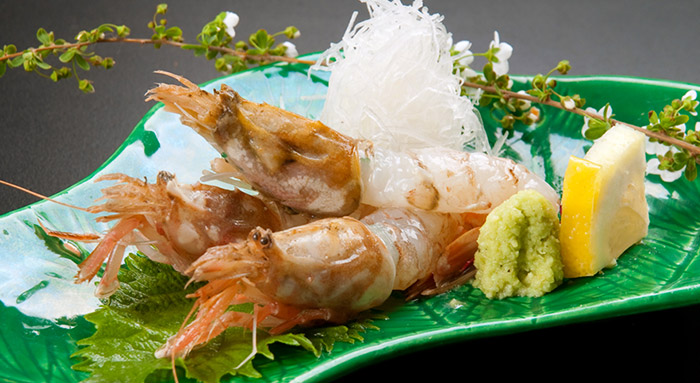 Kurozako shrimp is called “mosa shrimp” in Tottori Prefecture. They are caught from September to May, but they spoil quickly and cannot be delivered to distant places. Because of this, they are considered a rare type of shrimp that can only be eaten locally. They have a firm texture, are rich in umami, and taste sweeter than sweet shrimp. 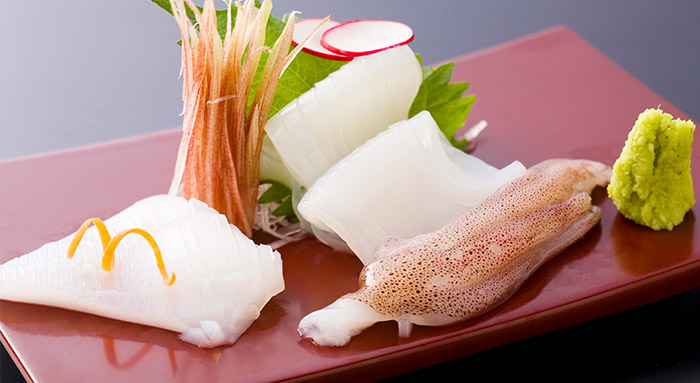 Swordtip squids are a typical summer food in the San'in region. Although their fishing season is rather long, the squids caught in summer have the most umami. Locals also love these delicious squids. There are many tasty ways to enjoy these squids, but we recommend eating them as sashimi. 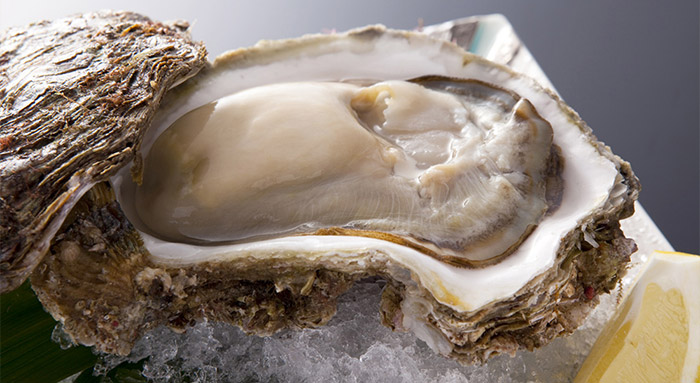 Iwagaki oysters caught in San'in region are best in summer. Many of the oysters grow to over 15 centimeters in size, and they are full of umami in summer, which is their spawning season, when they store more nutrition in their bodies. Enjoy iwagaki oysters packed with vitamins and minerals. 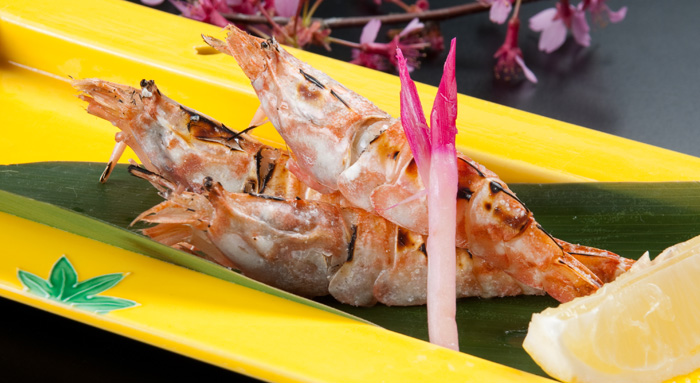 Kurozako shrimp is called “mosa shrimp” in Tottori Prefecture. They are in season from September to May, much of which overlaps with crab season, so these tasty shrimp are often overlooked. They have a firm, springy texture, are rich in umami, and taste sweeter than sweet shrimp. However, because they spoil quickly, they cannot be transported to distant places, and so they are considered a rare type of shrimp that can only be eaten locally. 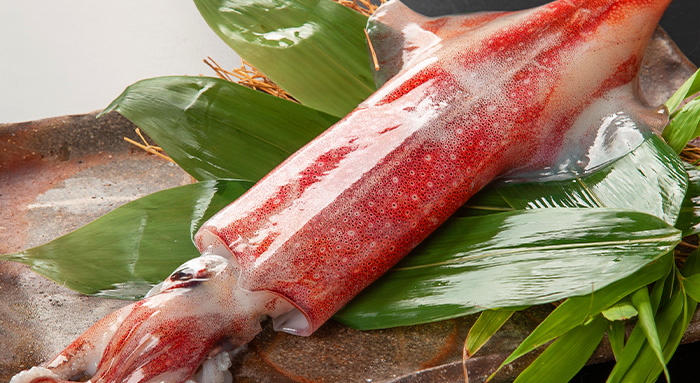 ※Serves one to two people.
※The plating of the dish will not resemble the whole animal.